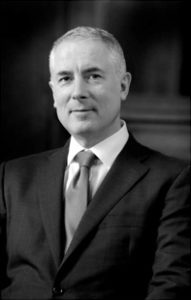 Bernard COLLIN began his career in 1981 as a tax inspector with the French tax administration. In 1986 Bernard joined the legal staff of Ernst & Young as a tax lawyer, becoming a partner in 1993.

In 1995, Bernard joined the Firm, where he has developed a tax and business law practice in support of French companies and foreign companies with interests in France.

In addition to his tax practice, Bernard COLLIN is active in corporate acquisitions and restructuring. He has taught corporate taxation at the Dauphine University, Paris.